Had a positive discussion reviewing the project with David O’Leary today .

I updated David on the position, routes of the project. I discussed my analysis of companies and universities performing research into non-intrusive laser based scanning systems, Arduino base models and refractive laser light systems as the route for moving forward with for monitoring. We also had a brief discussion about ‘hypos’ and the consideration for the management device to act as a wearable for night use. I discussed how I had been working on connecting with various people with PHD’s specialising in electronic and biomedical systems in the department of Electrical Engineering at various other universities.

David provided his thoughts on the appropriate way to approach the questions to ask regarding the project. David also opened up the opportunity for design discussion and feedback with a few of his contacts in different areas of the industry. This is a great opportunity and I look forward to following up with these contacts. 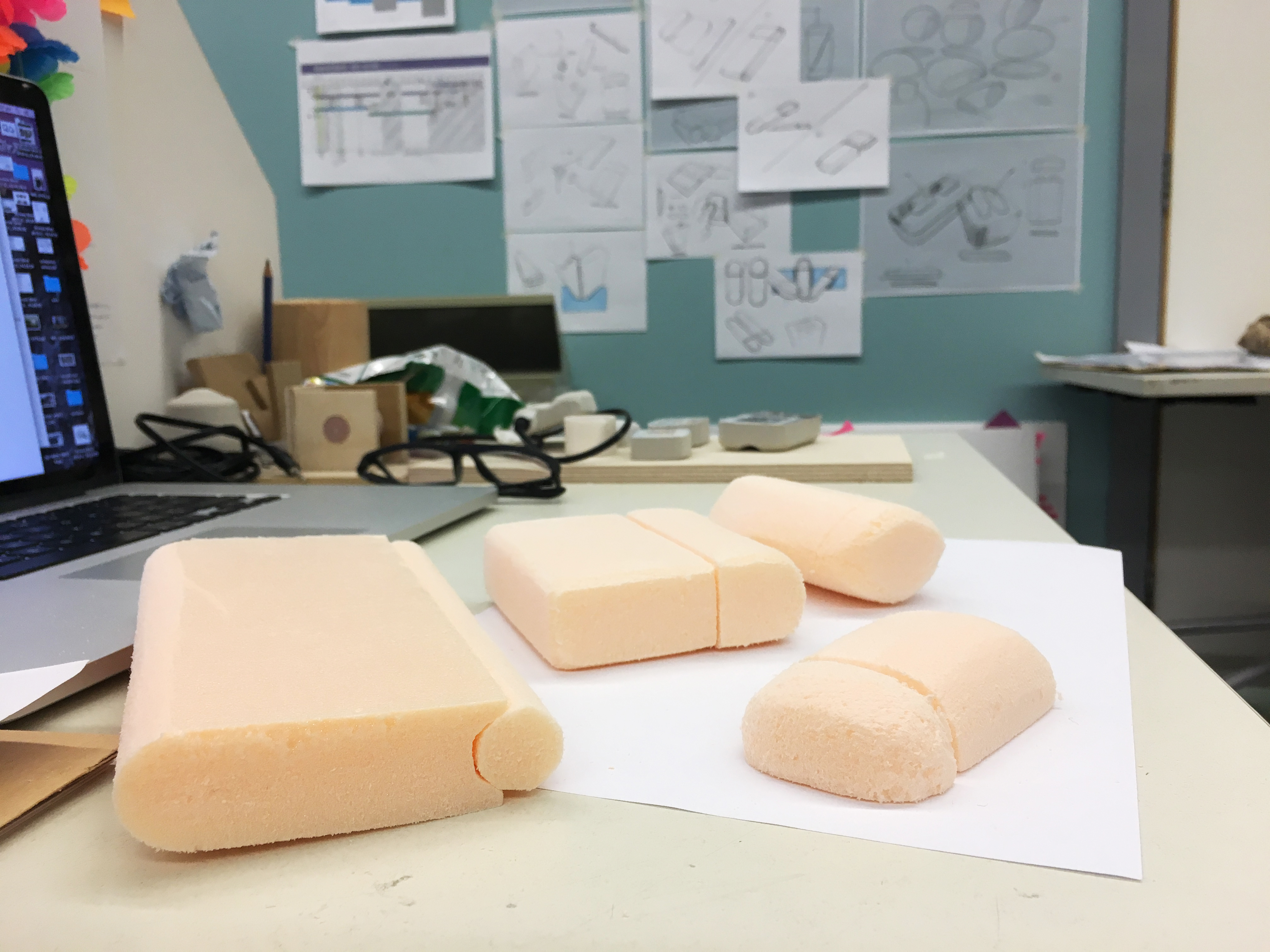 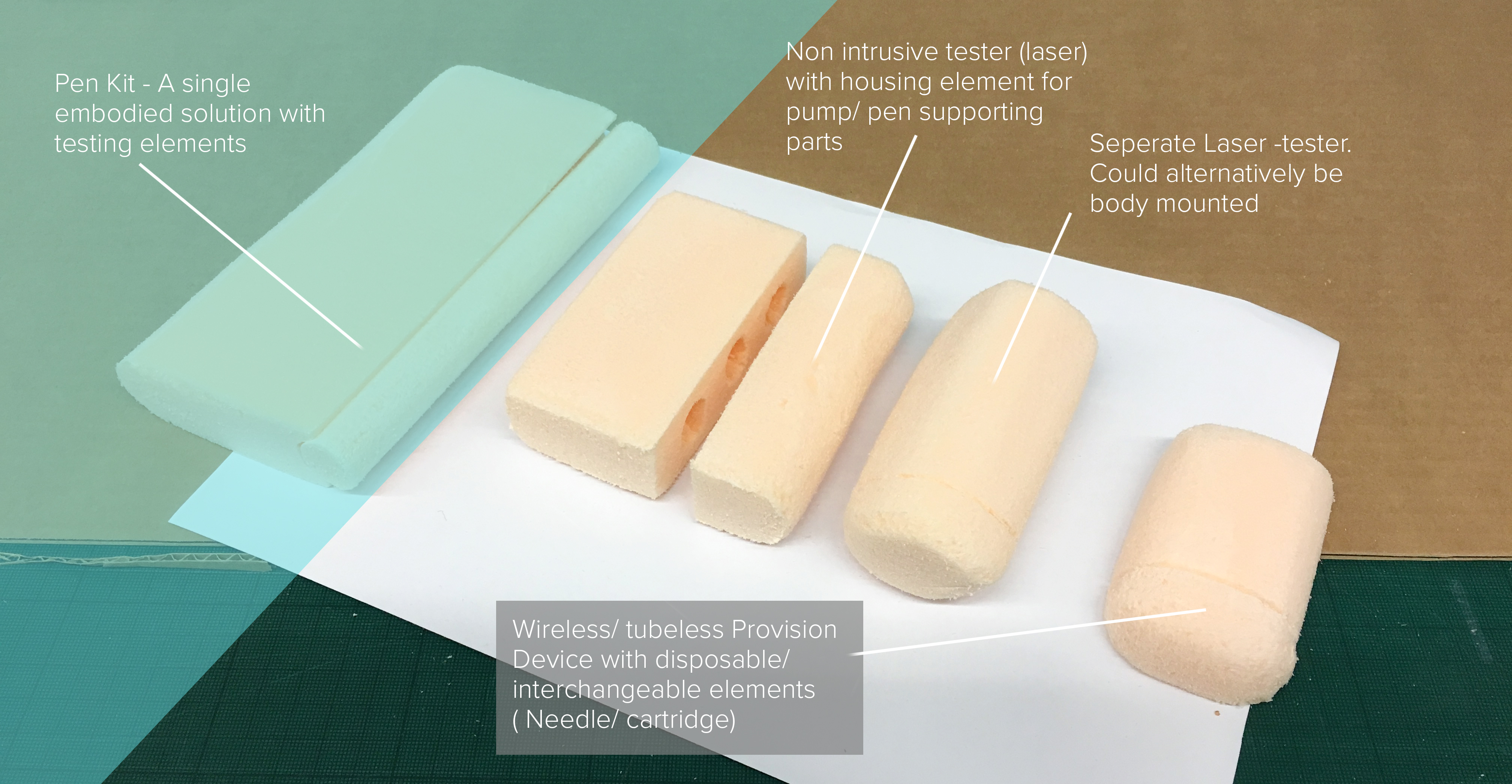 From my concept ideation and taking into account diabetics needs I had three main routes.

1) A kit based system which still comprised of a pen for provision as well as standard testing device yet in a unified body bringing all elements together in a more compact and meaningful manner.

2)  A kit based system that held supporting elements for the provision device (either pen or pump) such components would be insulin cartridge and back up needles. This then worked with a non intrusive laser/ finger tester that could be either used separate or with the storage element.

3) A separate laser testing device that could also be bought for pre diabetes users.. This could alternatively be developed to be body mounted or worn as a wearable (watch/ necklace). Problem with this concept is it is still controlled by the user/ diabetic choice to test or check themselves.. also it does not effectively communicate with a provision device.

4) A wireless/ tubeless provision device with interchangeable elements similar to existing pumps yet worn and requiring insulin cartridges. This could also wirelessly communicate with a testing device (option 2/3) to act as an artificial pancreas.

“Glucose monitoring as you are aware is still not great, requires a kit, stabbing – inaccuracies in both the meters and the sampling and is pretty inconvenient.”

Following time of development and feedback from diabetics as well as professionals at ‘stc‘, discussion about the decision to remove the finger prick test was decided a while ago.  It is clear option 1 may be thinking in the past. Therefore attention has been directed toward communication of options 2-4 for diabetics and medical professionals feedback.

“Good thing about a continuous monitor is that it could alert for hypos and hypers giving people the chance to do something, many have hypos in their sleep for example which is very difficult to manage. Similarly exercise has a profound and quite long term (so 48 hrs ?) effect on blood glucose so enabling people to adjust medication would be a real asset.”

Feedback such as this could really encourage the direction of route 4 with 3 but as a wearable or management system. The consideration of sleeping and a way for monitoring but without the disturbance of the diabetic to wake up and test themselves is particularly interesting. 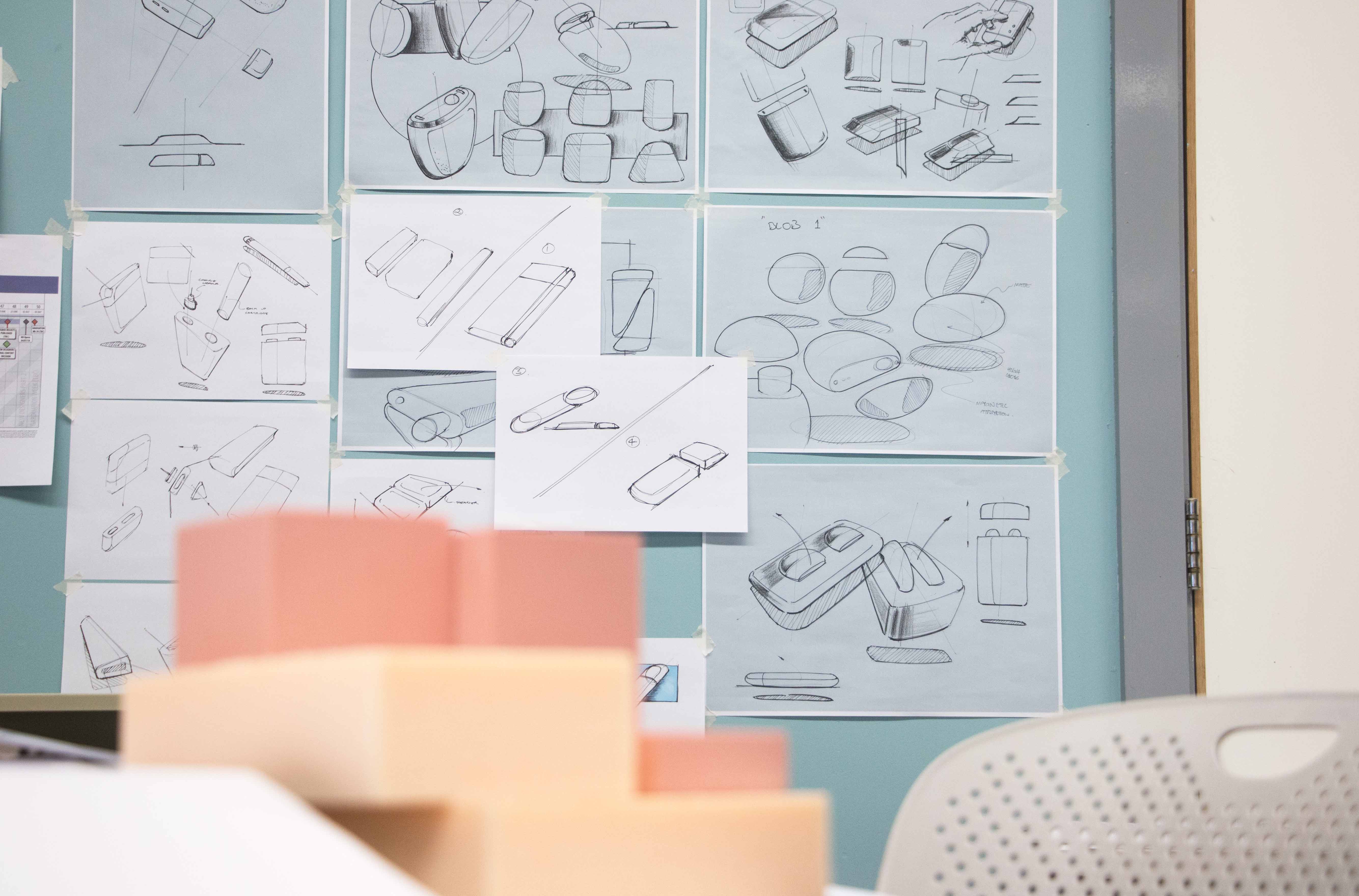 Sketch development to help progress into foam models. In the mean time I am developing stories of usage and set up for each concept.

The timeline above is a process analysis of the general pump set up process. This timeline explores the set up procedure for a wireless cartridge based pump as well as separate monitor device (like Freestyle Libre) wirelessly communicating and working together. Although not entirely a simplistic 2 stage process, a lot of the complex actions are removed from the current procedure considering the concern and risk during set up .  If insulin was pre packaged in cartridges such as the pens then that can reduce the set up procedure. Also less movement of insulin into different containers. Considering the technologies used and how the two devices communicate, this procedure could change with design development. Already this is a highly interesting and better managed set up rather than the existing procedure. Once the devices are mounted and operational the users management process while wearing the devices will be greatly reduced. The hope being that all management is performed automatically without the patient having to concern or interfere unless choosing to personally make adjustments.

Above portrays a break down of the basic stages to appropriately setting up a standard insulin pump. This does not consider the very minor but expected elements of the process including things like appropriately wash hands as well as body before starting. This is a very basic break down and other pumps have sleight variations on this process. I have analysed this process in contrast with the Omnipod (wireless Pumps). I have noticed key parts in the process that could be reduced or removed to aid the user. The key objective would be to make the set up as simplistic and with least stages as possible. The more stages as seen above the more risk and complexity for the user. 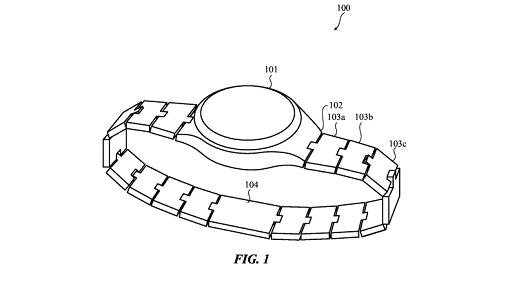 Apple CEO Tim Cook has been spotted by staff at the Palo Alto campus wearing a prototype blood glucose monitor.

Just over a month ago we reported that Apple was reportedly working on device that could help with the management of diabetes, but all we had to go on was reports of a secret team and a patent application.

Now it seems that the Apple CEO is being a fair amount more overt about the project. Sources confirmed to CNBC that: “Cook was wearing a prototype glucose-tracker on the Apple Watch”. The word ‘on’ is significant in that sentence.

Cook has previously been open about wearing a glucose monitoring device, but it hasn’t been clear whether this was an Apple device, or the device of another manufacturer.

In conversations with a group of students at Glasgow University, Cook very openly said: “I’ve been wearing a continuous glucose monitor for a few weeks, I just took it off before coming on this trip.” 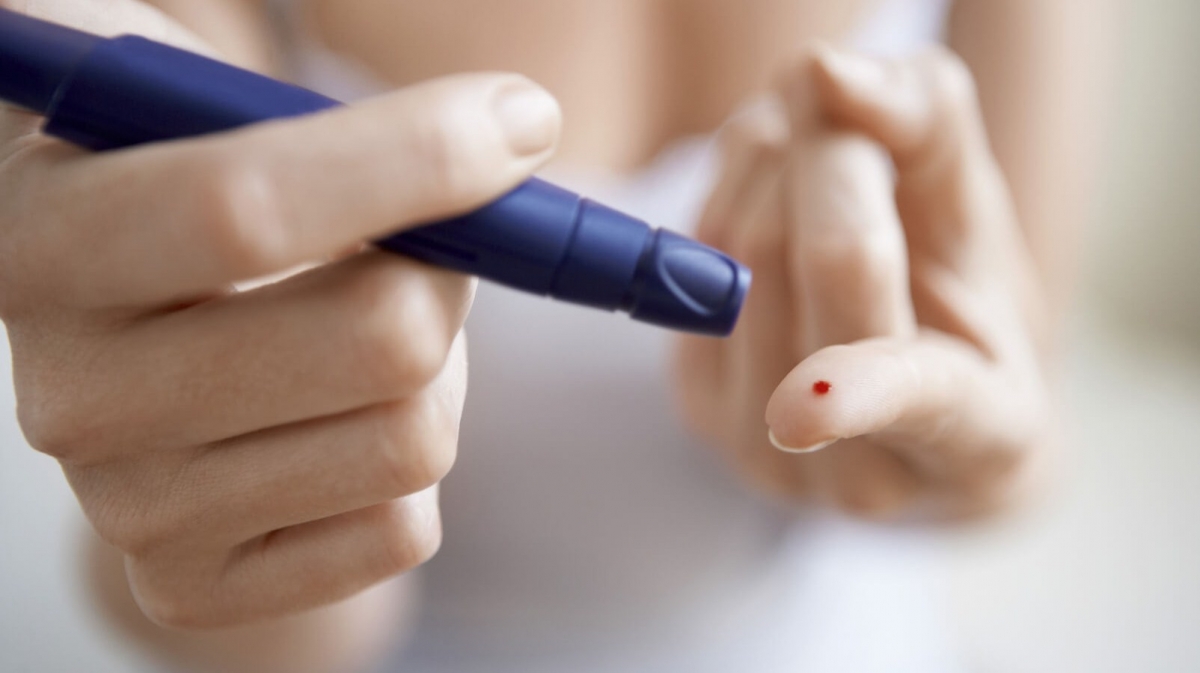 Following my Interim discussion I have been thinking for a while the true progression of the project is dependent upon ‘how future does it go’. The one clear area that Diabetic’s are unhappy with and need improving is the finger prick! A lot of feedback and insights prove this. The finger prick and testing system along with provision devices is also incredibly bulky, requiring the user to test multiple times a day and carry many lancets and testing strips. I personally do not believe considering modern advances in technology that the intrusive finger prick system is going to stay the same for generations to come. Future concepts and testing systems are already in development and some are already functional and becoming patented. These include non permanent nano ink tattoo’s, contact lenses and laser scanners. Whether the testing system is still invasive but body mounted for a longer period of time (such as Free Style Libre) or an alternative technology is adopted, I have decided to develop the project down a route moving away from invasive finger pricking. 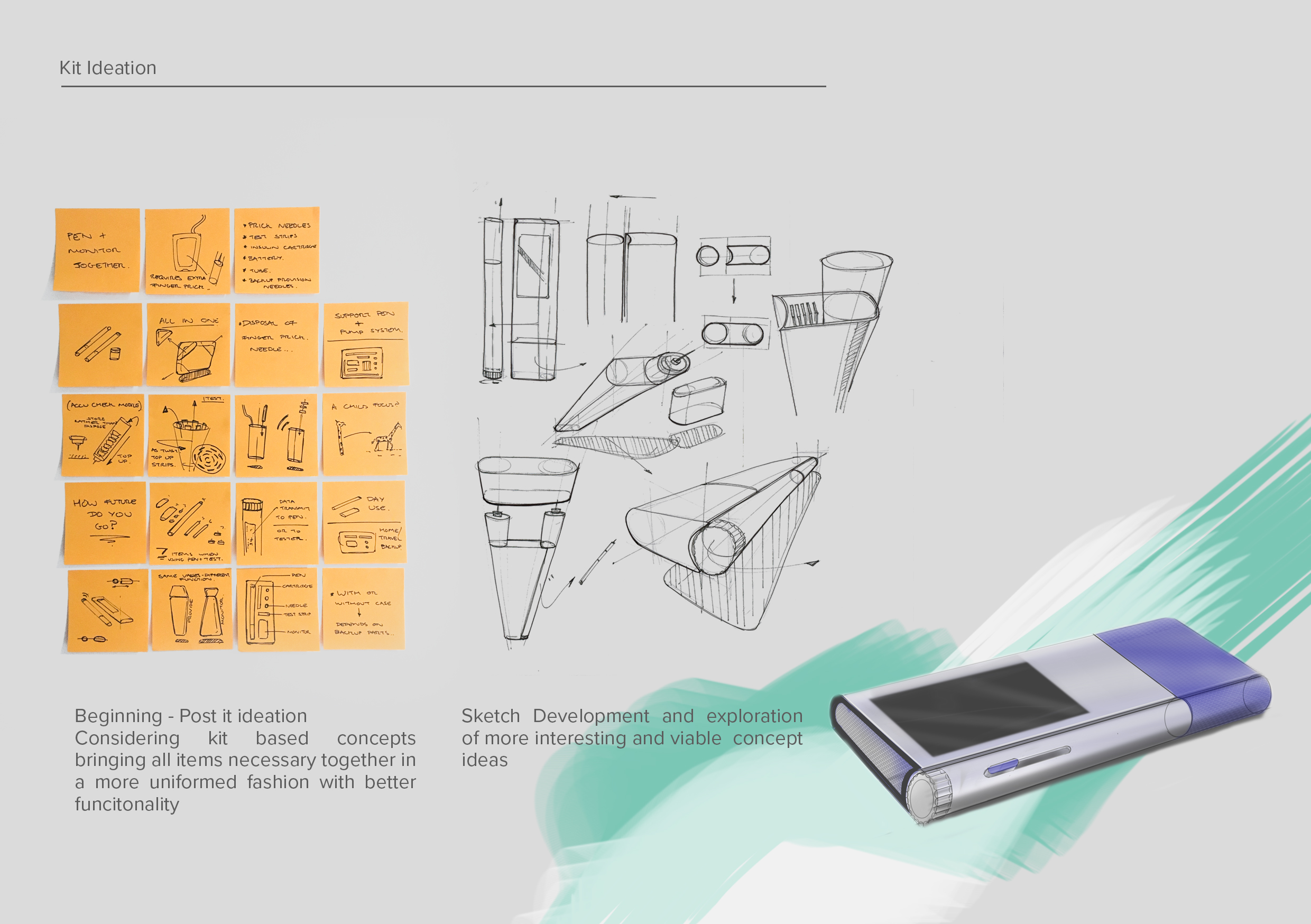 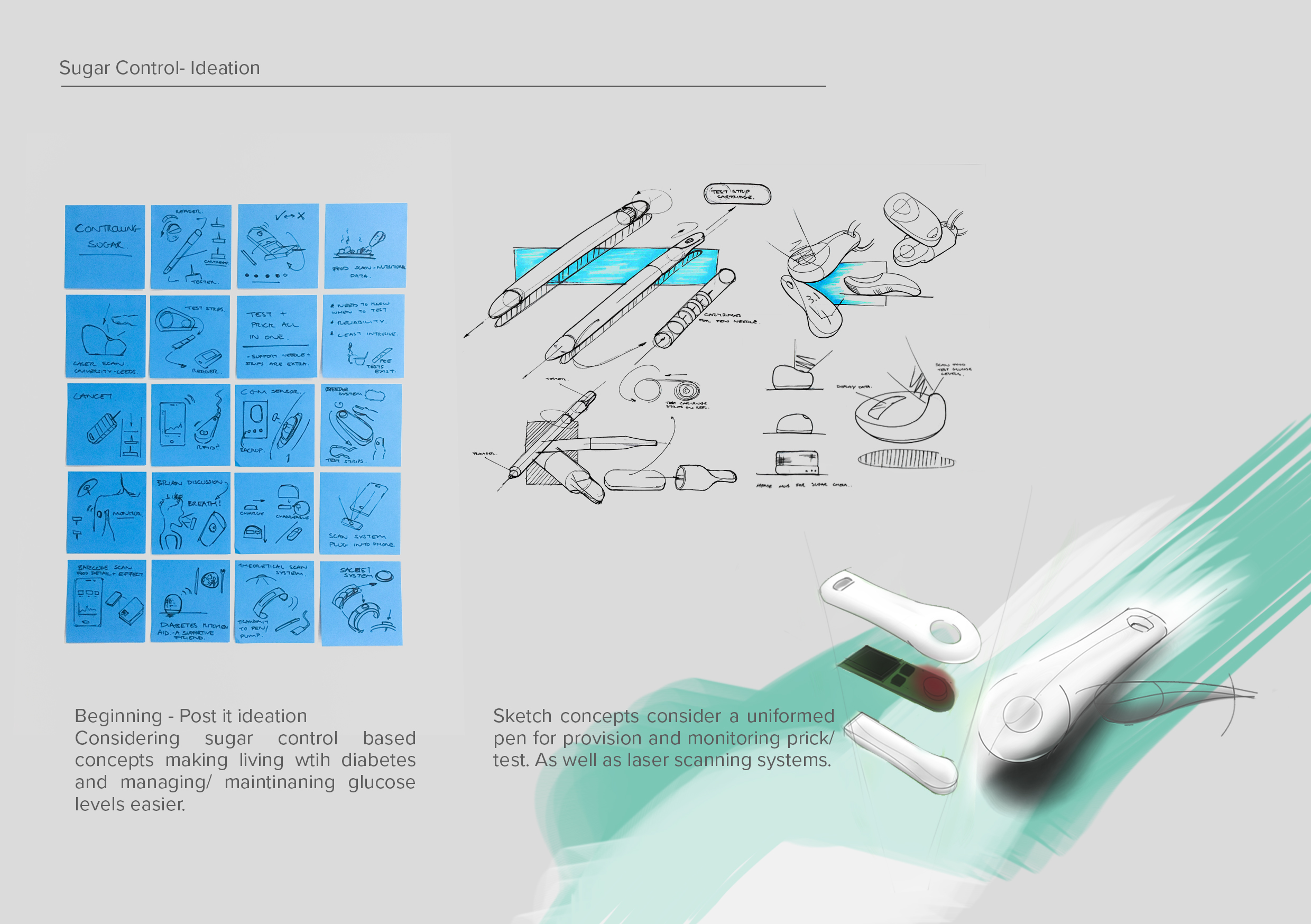 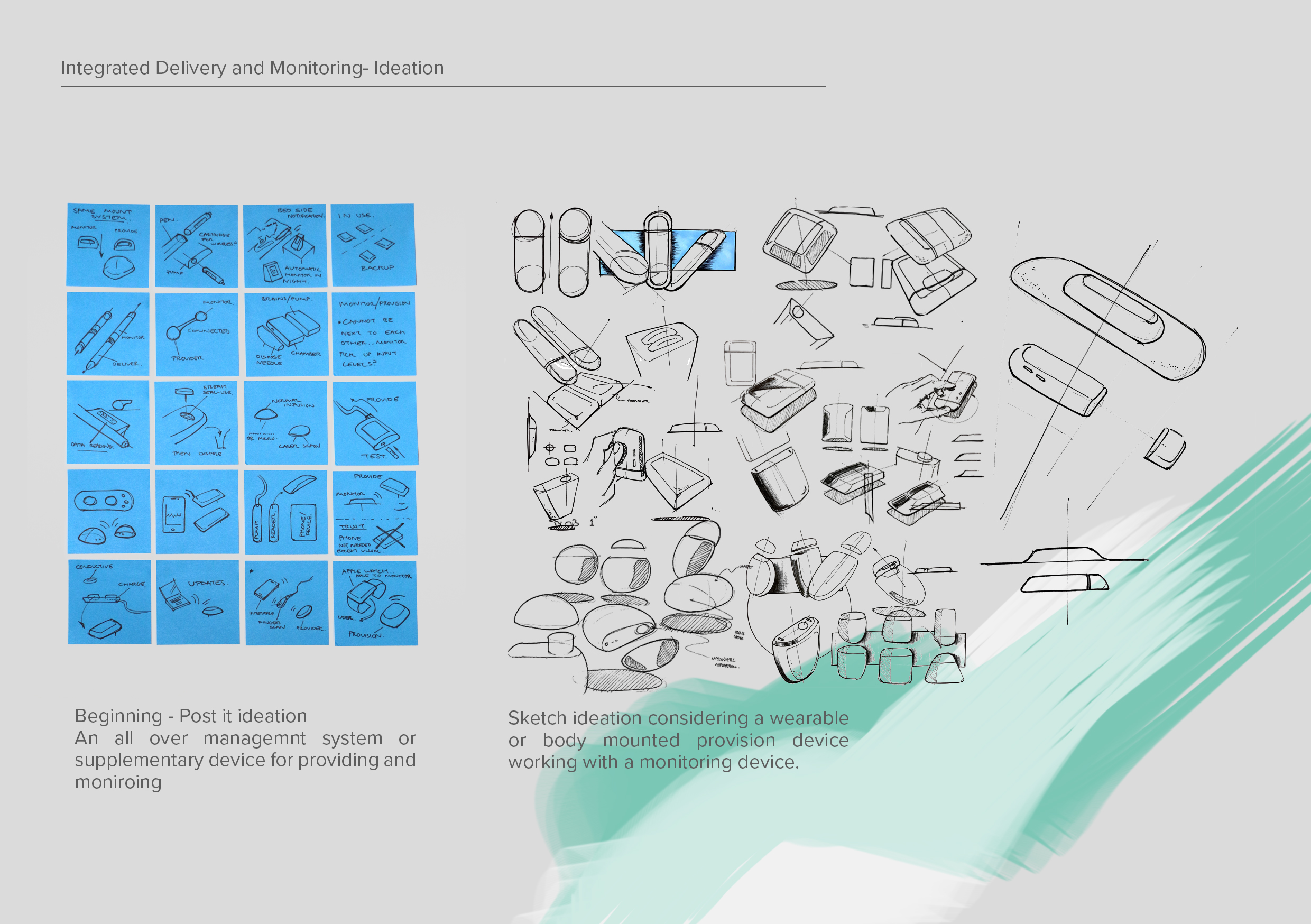 Today I had my interim presentation. Present were David Parkinson and David O’Leary. Visiting the Diabetes clinic, feedback from diabetes patients as well as professionals was discussed as well as my planned route forward. I discussed my key insights and 3 design fields. My main question point to them was ‘How future do I go, with the consideration of current, proven and future possible technologies?’

David Parkinson said ‘as long as their is a level of approved viability and reasoning to that technology or area of research to possibly come into existence then, their is no problem with utilising that capability’. University of Leeds developed a functioning prototype system demonstrative of a laser non intrusive blood test. This is something I look into possibly considering.

Moving forward I will develop my design concepts following my time plan and really try to increase Diabetes patient engagement and gain insights on my routes.